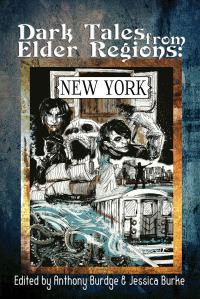 Myth Ink Books, with many thanks to New York WinterCon Organizers Zorikh Lequidre and Frank Patz Batista, is looking forward to presenting a look into our latest anthology of urban horror, DARK TALES FROM ELDER REGIONS: NEW YORK

New York City has long been named “The City That Never Sleeps.” This program shall discuss the forthcoming book of urban horror stories, Dark Tales from Elder Regions: New York, and why we should all be afraid of what lurks in the dark corners of all five New York City boroughs.  We will have a slideshow of some of the featured illustrations within the anthology illustrated by Luke Spooner.

Our program will also feature the debut reading of “Roebling’s Monster,” by the Award Winning Author Leanna Renee Hieber, which headlines the anthology, a limited amount of copies will be available for sale and signing, as well as the rest of Ms. Hieber’s novels!

We look forward to seeing you there!

Overview of THE ETERNA FILES (from B&N.com)

London, 1882: Queen Victoria appoints Harold Spire of the Metropolitan Police to Special Branch Division Omega. Omega is to secretly investigate paranormal and supernatural events and persons. Spire, a skeptic driven to protect the helpless and see justice done, is the perfect man to lead the department, which employs scholars and scientists, assassins and con men, and a traveling circus. Spire’s chief researcher is Rose Everhart, who believes fervently that there is more to the world than can be seen by mortal eyes.

Their first mission: find the Eterna Compound, which grants immortality. Catastrophe destroyed the hidden laboratory in New York City where Eterna was developed, but the Queen is convinced someone escaped—and has a sample of Eterna. 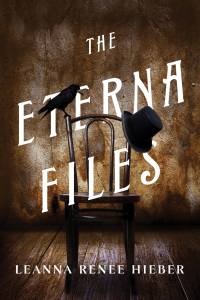 Also searching for Eterna is an American, Clara Templeton, who helped start the project after the assassination of Abraham Lincoln nearly destroyed her nation. Haunted by the ghost of her beloved, she is determined that the Eterna Compound—and the immortality it will convey—will be controlled by the United States, not Great Britain.